This may be the fastest makeover we’ve ever tackled. The Mudroom took about 6 months to complete all the projects, but from beginning to end (including a week for recovery from toe smashing), this one was 3 weeks. I’m pretty much in love with my new kitchen: 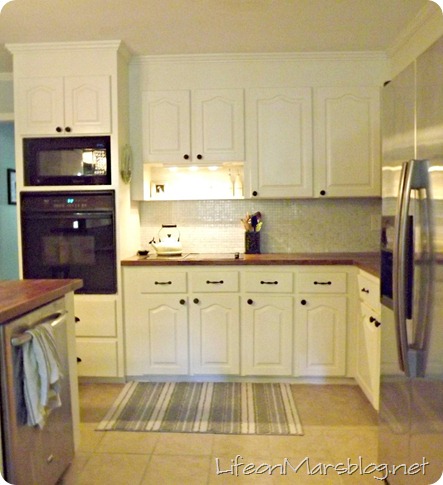 Let’s backtrack for a minute though. Here’s the progression of our kitchen over the past year and a half:

View from the Family Room: 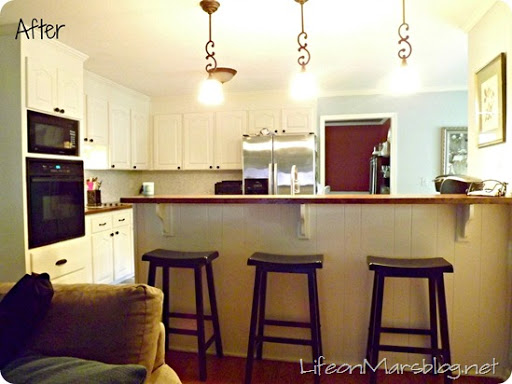 The biggest difference here was early on. I think we removed those cabinets dividing the spaces on the 3rd day we lived in this house. It immediately opened up both rooms and made the rooms much more functional for entertaining.

On an unrelated side note, I think I might paint those stools a fun color? The black doesn’t really go anymore now that the countertops are wooden.

View towards the Family Room: 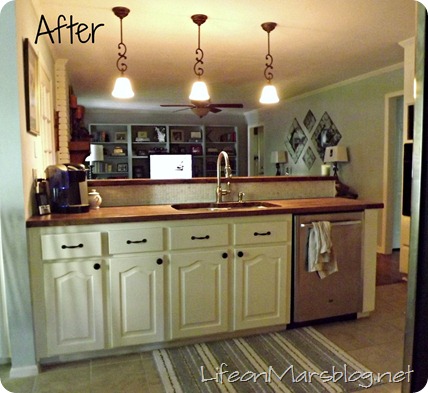 I have to brag on John (again!). He did ALL of the heavy work on this project. He cut all the boards, cut out the holes for the stove and sink (and that sink is super curvy), and he stained and sealed all the countertops. He did a much better job than I probably would have done. I love the color and the warmth the wood brings to the space. I did tackle all the tiling of the backsplash. I’ll talk about that in a later post (I had s secret weapon that made it SO MUCH EASIER). I love how the backsplash turned out. It just gives the right finished look to the kitchen.

We used Minwax Special Walnut stain (2 coats) and Waterlox for the seal (3 coats, top and bottom). There are some really great tutorials in the blogosphere that we used as guidance for these projects, but most of all we used the tutorial from This and That. It gave such detailed instructions for each step, that there’s really no reason for me to rehash it. Check it out if you are tackling this project! 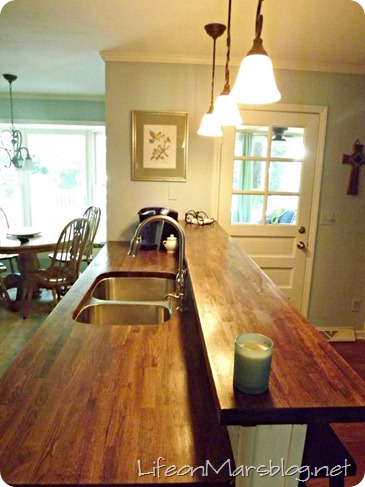 I’m so blessed to have a husband that is willing to put in so much work and effort into our home. I’m impressed by his skill and his determination and most of all, I’m thankful that he’s mine and is willing to make all these ideas into reality for me.

Kitchen hoods can be exposed to numerous dirt issues as a result of continuous cooking. However, you cannot just get any degreasing product and clean the kitchen hoods on your own. This is why it is important to hire a professional hood cleaning company. 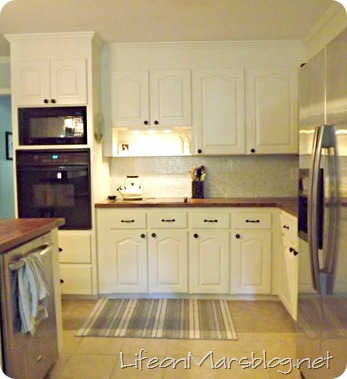 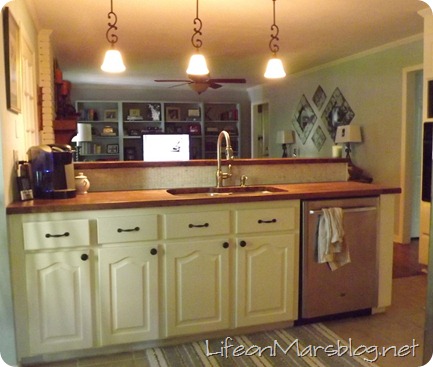 Now, I’ll admit that this was NOT our least expensive home project. It landed somewhere around $1000 after countertops, sink, faucet, backsplash and grout were included, but that’s still significantly better than the average kitchen remodel. What do you think?